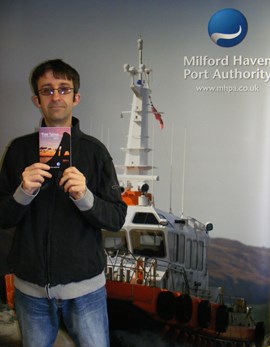 2012 Tide Tables for the Port of Milford Haven, published by Milford Haven Port Authority (MHPA), are now available for purchase.

Members of the public wishing to purchase a copy can do so by calling into MHPA offices at Gorsewood Drive, Hakin, Milford Haven or from local newsagents Milford News, Milford Haven; Robinsons News Agents, Pembroke or Albion Stores, Pembroke Dock. The cost remains £1.50, as last year.

Milford Haven Port Authority
Milford Haven Port Authority is responsible for the biggest port in Wales, and the third largest port in the UK, handling over 65m gross tons of shipping which amounted to nearly 43m tonnes of cargo during 2010. One of the most prominent on the West Coast, it is in the heart of the Pembrokeshire Coast National Park, the only Coastal National Park in Great Britain.

Milford Haven Port Authority is a trust port –an independent, commercially run organisation that has statutory responsibilities governed by its Acts, to maintain and improve navigation and the provision of Port and Harbour services and facilities.  All profits are retained within the Authority to fund these objectives.